Written by Louis Favre. Based on typical African rhythmes. An evergreen in the Fanfakids’ repertoire.

Composed by Manu Paulo Cristo, Prince Folowosele and Ousman Kamara, some teenagers of the Fanfakids. They fuse different rhythms and musical genres they learned and started to teach themselves throughout the years. 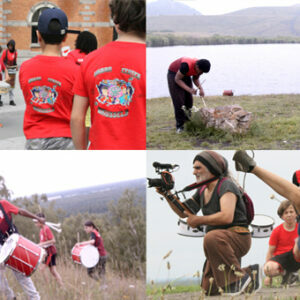 Do you want to play with the Fanfakids?